Economic Growth: Data showed the pace of U.S. economic growth slowing as real GDP came in at 1.4% in Q4 of 2015, down from 2% in Q3 of 2015. Weakness abroad appeared to be weighing on U.S. economic growth, but a pickup in consumer spending helped offset some of the slowdown. The solid pace in consumer spending underscores the economy’s underlying strength and should ease fears of an impending recession in the U.S. 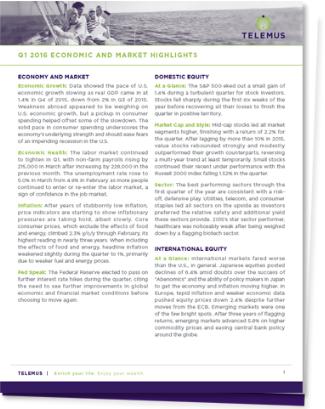