The financial world is myopically focused on when the Yellen Fed will raise interest rates, as if on that particular day the financial and investment landscape will forever change. We know with relative certainty that when “liftoff” does occur the Fed will raise rates by 25 basis points, hardly noticeable in the big picture. Far more important will be the pace at which rates will rise over the next several months, which will remain as data dependant as the timing of the liftoff. The data upon which the Fed is most focused are the employment metrics and the rate of inflation. Of course, there are so many economic metrics released each week it is easy to get lost in an overwhelming amount of statistical data. Accordingly, focusing on the right things helps separate the wheat from the chaff.

It is most important to remember that the our economy is led by consumer spending, which from 1960-1981 represented approximately 62% of GDP, and has since risen to just over 70%. There are a lot of opinions as to how consumer spending is measured, what is included, and what real value-add it has to sustainable economic growth. However, there is little doubt that a financially healthy consumer is highly correlated with a strong and growing economy. Accordingly, a significant amount of energy is spent following unemployment, job creation, consumer sentiment, retail sales, etc., those things that either determine how much money will be in consumers’ pockets or track consumer spending. Retail sales have long been the measure of whether consumers are spending and the recent report of retail sales for May reflected an unexpected 1.2% jump from April, news that had some economists suggesting that “all’s clear ahead” after a frigid winter-induced slowdown. A closer look at consumer thinking and spending leaves plenty of room for a contrasting opinion.

Seven years of zero bound interest rates and Fed bond buying have driven equity and bond markets to all-time highs, benefiting those lucky enough to own financial assets. However, the average worker upon whom we depend for economic growth is not among the lucky owners of stocks and bonds. Instead, the average worker is dependent on income (and credit) for their spending and while real median household incomes are higher today than they were in 2011, they are 4.7% lower than they were in 2008.[1] As for credit, the consumer is close to capacity as to how much debt they can or are willing to take on. So, it is not surprising that retail sales have been lackluster. Notwithstanding the May uptick over April, retail sales are up 2.7% year-over-year on a nominal basis and closer to 1% adjusted for inflation. In either case, these numbers normally denote weak or recessionary economic environments.

Considering the financial circumstances of the average worker we don’t expect consumer spending to meaningfully improve. Adding to our concern is the fact that retail sales growth is now 40% below the average from 1993 to 2015 and consumer sentiment is now 11% above its historical average. The current dynamic may be reflecting a change in consumer behavior as baby boomers reign in spending in anticipation of their underfunded retirements. Moreover, millennials have been very slow to form households and have generally shown less appetite for buying “things,” both of which lighten their contribution to retail sales and overall consumer spending. There seems little on the short to intermediate term horizon that will change the current growth trajectory of consumer spending and unless something replaces the consumer as the driving force for economic growth, our conclusion is that going forward economic growth will be challenged and the Fed will be very slow in raising interest rates once liftoff occurs.

Accordingly, our message today is that focusing on when the Fed will raise rates is entirely misdirected. Rather, we believe that our attention is better spent understanding the current level of sustainable economic growth and positioning portfolios accordingly. As always, we appreciate your continued partnership with us and welcome your questions, comments, and insights at any time. 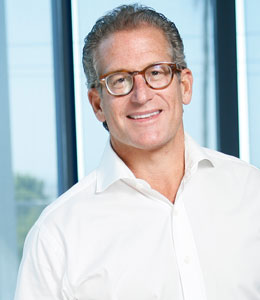 David has been a member of the Telemus team since 2014. As the Chief Investment Officer, David formulates investment strategy and constructs portfolio model allocations for approval by the Investment Committee. David also serves as Chair of the Investment Committee and is a member of all internal research groups. David is a graduate of the University of California, Berkeley, and brings to Telemus more than 34 years of investment management experience serving as Founder, CEO and lead portfolio manager of investment firms serving both institutional and high net worth clients. David enjoys golf, skiing, and cycling, as well as architecture and contemporary art. He also loves to spend time with his wife, two children, and two grandchildren.