For investors, 2019 has been a euphoric year. Despite slowing global economic conditions and ambiguity associated with significant geopolitical risks, Brexit and global trade in particular, the market is enjoying a grand year. Equity markets are up over 20% and nearly all asset classes have generated respectable returns.

During 2019 we positioned our client’s portfolios with a defensive posture; recognizing that we are likely in the later stages of the economic cycle. To us, the benefit of taking additional risk in order to reach for a little extra return wasn’t worth what appeared to be even greater risk to the downside. That has served our clients well this year and maintaining a defensive posture continues to make sense as we move into 2020.

One theme that has evolved throughout the year is the dislocation between growth and value stocks. Growth stocks have outperformed in 7 out of the last 10 years, with 2019 likely to make it 8 of the last 11. On an annualized basis, since 2009, growth has outperformed value by 4.3% . Historically, the preference for growth stocks or value stocks has come in multi-year cycles. We believe the preference for growth stocks is at an extreme and we may be coming closer to a shift in that trend. Chart 1 below shows the performance of growth stocks (blue) versus value (yellow) dating back to 1997. While the divergence is not at the levels of extreme experienced during the late 1990’s technology bubble, we have now reached the most extreme divergence since that period. 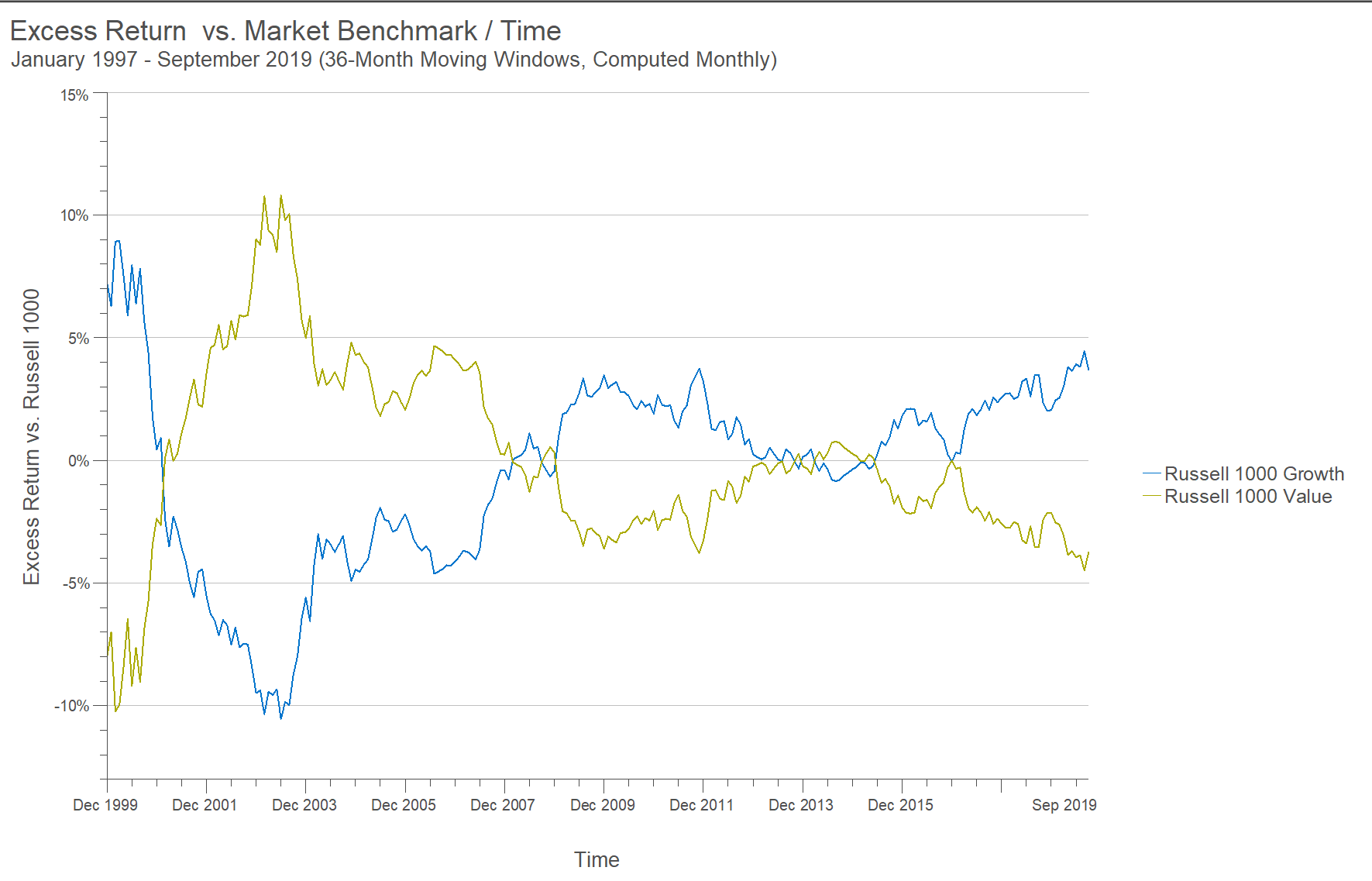 With the benefit of hindsight, it makes sense why growth stocks have enjoyed such a strong run. Interest rates have been low, which tends to disproportionately benefit companies whose peak earnings potential is further out into the future. In addition, the global economy has evolved and companies that were unproven growth concepts have grown up to become highly profitable, proven businesses. The most popular among these have now been nicknamed the FAANGs (Facebook, Amazon, Apple, Netflix and Google), which now rank among largest companies in the world.

More traditional value companies such as banks, industrial companies, and wireless providers have been left behind. Businesses conditions for these companies are largely stable, but the difference in the valuation multiples the market is willing to pay these less exciting businesses has only widened. There are valid arguments for why investors should pay more for growth companies, but the rubber band can only stretch so far. Chart 2 below depicts the ratio of the Price/Earnings multiple of the Russell 1000 Growth Index (a benchmark of large cap U.S. growth stocks) versus the Russell 1000 Value Index (a benchmark of large cap U.S. value stocks). This ratio currently stands at 1.27x, a level also not experienced since the tech bubble. 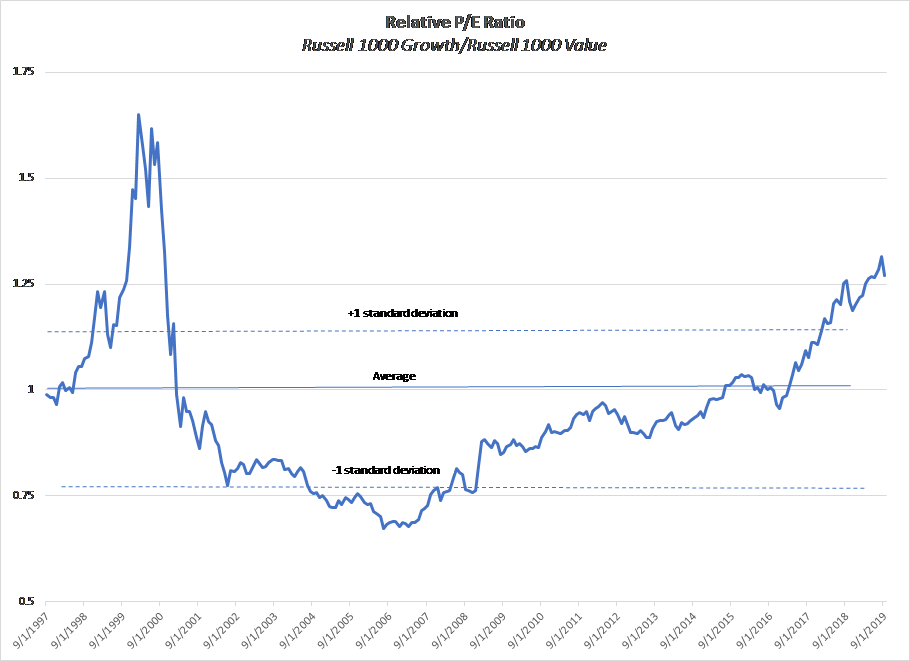 In September, we began to see signs that investors may be looking to shift back toward value stocks. We believe changing economic conditions, along with a notable difference in prices paid for value stocks relative to growth, warrants investors adding incremental exposure to value. Achieving the precise timing of these shifting trends is never easy. When taking a long-term perspective, however, we believe a focus on investing at appropriate valuation multiples is prudent, particularly at this point in the market cycle.