As we approach the end of the first 100 days of the Biden administration, we have a greater degree of clarity regarding the priorities and goals of the current administration and Congress.

We have already seen the passing of a $1.9 trillion economic stimulus/recovery package and a proposed $2 trillion infrastructure spending plan. Though some states have mounted legal challenges regarding provisions in the stimulus bill, it has nevertheless been signed and enacted. The infrastructure bill, called the “American Jobs Plan,” has not been passed yet, but there seems to be confidence that some form of the bill will become law.

Unlike the stimulus bill, the infrastructure bill contains revenue-raising provisions to partially offset its cost by increasing corporate tax revenues — particularly from multinational corporations that book profits overseas — over the next 15 years. As is typically the case with the federal government, the passage of spending bills is often soon followed by increasing taxes to pay for such expenditures. While no one knows what exactly those revenue/tax enhancements will look like, we can identify a pattern in the following proposals and position statements from the Biden administration:

The ultimate success of these new bills remains to be seen, but one can at least glean the direction in which Congress and this administration are headed. While it is unlikely these provisions would be enacted as written, it is very likely there will be a tax increase aimed at the wealthy, both from an income tax and wealth transfer tax perspective. Equally important as these potential changes to the tax law is the effective date of these changes. While most commentators believe any effective date would be after the end of 2021, the STEP Act does have a retroactive effective date and would apply to any transfers made after 1/1/2021. Just like the language itself, any final effective date is unknown and speculative at best, but this is a clear reminder that if your situation warrants planning, the sooner it is done, the better!

This is especially true if, as a family, you have more wealth than needed to achieve your lifetime goals and you know you will eventually want to transfer wealth. If that is the case, now is the best time to consider your options in light of potential future changes to wealth transfer and income taxes under the Biden administration. There are creative ways to hedge the unknown that make now an imperative time to plan. 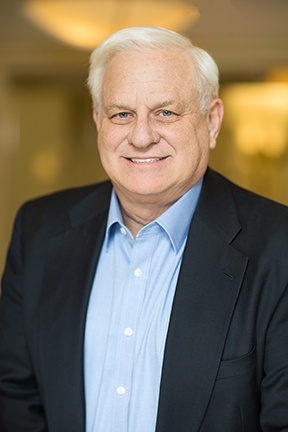 Andrew has been a member of the Telemus team since its inception in 2005. As the Chief Wealth Officer, Andrew is responsible for all strategic financial and life management services. He works with high-net-worth members to ensure their financial life plans are designed to achieve realistic goals in both the short and long term.